2017 was yet another challenging year for Human Rights Defenders working in Israel and in the Occupied Palestinian Territories.

Amidst the shrinking space for civil society actors, we have noticed an increasingly varied range of attacks on local HRDs, primarily:

Over the course of 2017, we adapted our programs and services to address these new threats -read more below.

In 2017 we saw increasing unjustified use of the tool of ‘arrest until completion of all proceedings’ against 4 Palestinian leaders of the popular struggle in West Bank:

This trend puts HRDs in risk of prolonged incarceration and pushes many of them to cut plea bargains in order to regain their freedom, at the risk of conviction, and limiting probation terms, which curtail their ability to pursue their HR work. This is a dangerous constraint on the civil space for action. The HRDF has funded legal representation in several such cases.

Civil law as a tool to threaten or harm HRDs

In 2017 we saw an increased use of civil law as a tool to threaten or harm HRDs, with the desire to deter and silence them. Many activist received libel lawsuits, or threats of such lawsuits (including warning before filing a lawsuit or demand for ‘compensation’ to prevent lawsuit), following things they said or wrote as part of their Human Rights’ protection activity, usually on social media. In response, we recruited three new lawyers with expertise in civil law, offered and provided protection from civil threats as a routine part of our legal aid program, and developed a new training for HRDs on avoiding and minimizing the risk for libel lawsuits.

The following are examples for cases we defended:

Attacks in Israeli media add to the public momentum of persecution which gives wind to the targeting of HRDs. Media attacks in recent years were directly linked to other threats — physical, legal and legislative — against specific HRDs or organizations, and the HR community as a whole. To minimize the effect of these attacks, we contracted media experts, to consult and accompany HRDs and HR organizations facing smear campaigns, and to proactively bring the the voices and perspectives of HRDs to the Israeli media. This new service, which proved successful in a couple of cases in 2017, is expanded on as a project beginning 2018. 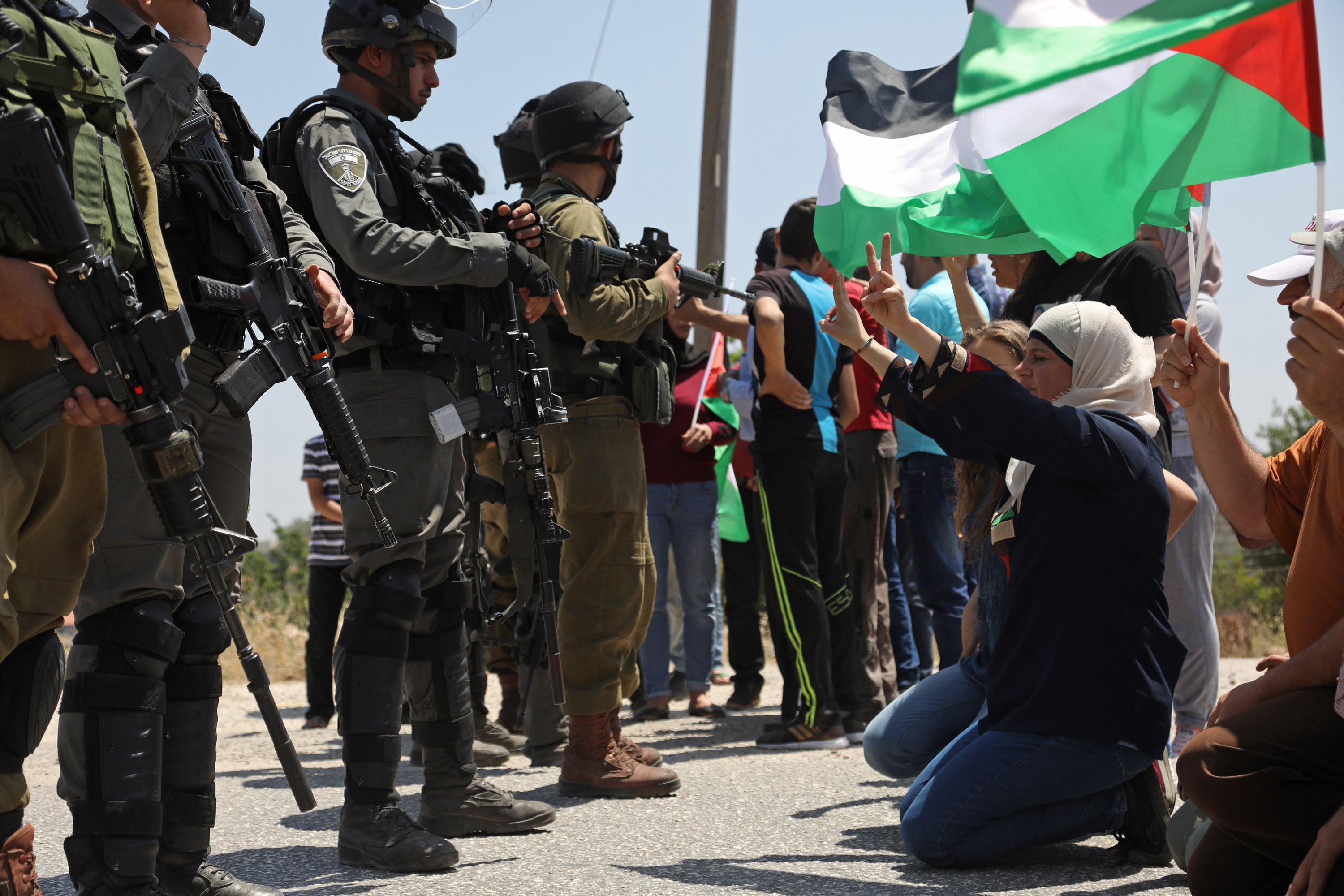 On Sunday April 29th, a Military judge convicted Abdallah Abu-Rahma for two charges: “Disobeying a ‘closed military zone’ Order” and “Obstructing a Soldier”. The court’s decision describes Abu-Rahma as a “leading inciter” who refuses to obey the military in order “to provocate”. The HRDF suspects that Abu-Rahma’s past indictments would serve as a pretext for the prosecution to ask the court for the maximum verdict. A date for the Argumentation for Punishment hearing is yet TBD.

Abu-Rahma, a well-known activist from Billin, who has a history of indictments, harassment, arrests and imprisonment  – all relating to his nonviolent protest as an HRD. In May 2016 he was arrested in the end of a bicycle ride to mark Nakba day in Billin. The area was announced a ‘closed military zone’, and the protesters were dispersed violently. Abu-Rahma was arrested, then the police extended his detention several times. He was released after 5 days, and an indictments was filed against him, which led to the trial which ended now.

Abu-Rahma is facing another trial, currently in its early phases, in which he is accused of  “damaging IDF’s property” while protesting near the Separation Wall in November 2017, at which time he was arrested and held in custody for about a month, while the prosecution was repeatedly trying to oppose the court’s decision to release him with restraining conditions. Read +972 Magazine report of this Kafkaesque case.

Muhammad Khatib, one of the leaders of the popular struggle in Bil’in, is indicted with assault, ‘obstructing a soldier’, and ‘participating in an illegal march’. His trial will begin in June 2018.

Background: Khatib was arrested during February 2015 demonstration on suspicion of assaulting a soldier, but released on bail after documentation revealed that the military had used unproportional force against protesters. Khatib testified, that he heard the soldiers saying, that his arrest was needed in order to justify the heavy use of violence on their part. 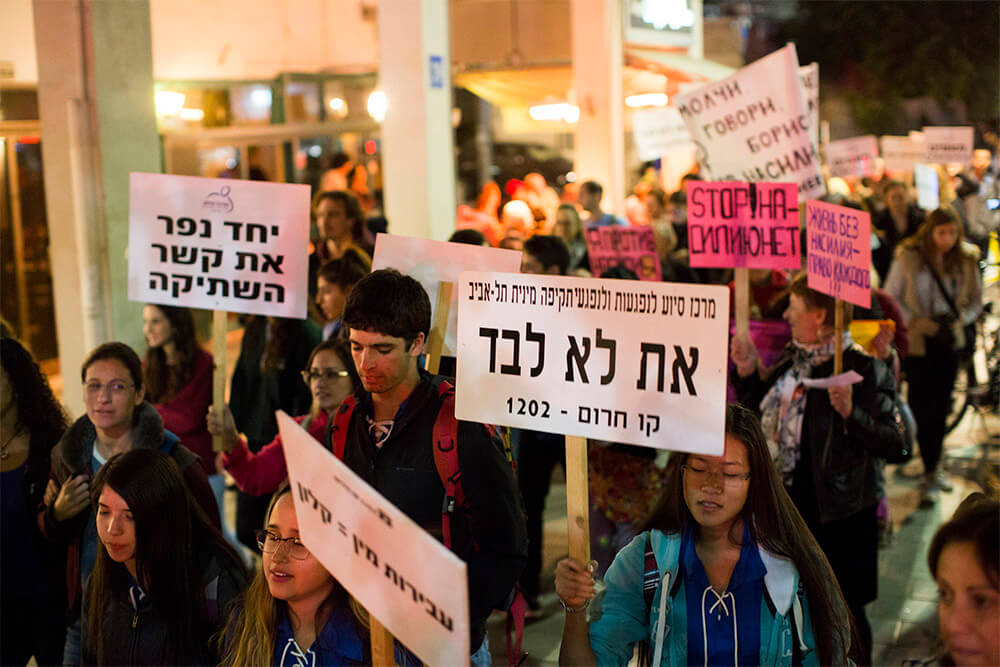 A women’s’ protest in Tel-Aviv. Throughout 2017, HRDF provided counseling and lawyers-on-call for dozens of demonstrations in Israel. Photo by Activestills