The role extra-parliamentary efforts play in promoting damage to human rights organizations and normalizing the delegitimization of their work should not be underestimated. Like the legislative arena, the attacks have gotten worse in recent years. New initiatives designed to hurt human rights organizations have broken through public consciousness and additional groups have assumed a dominant role. 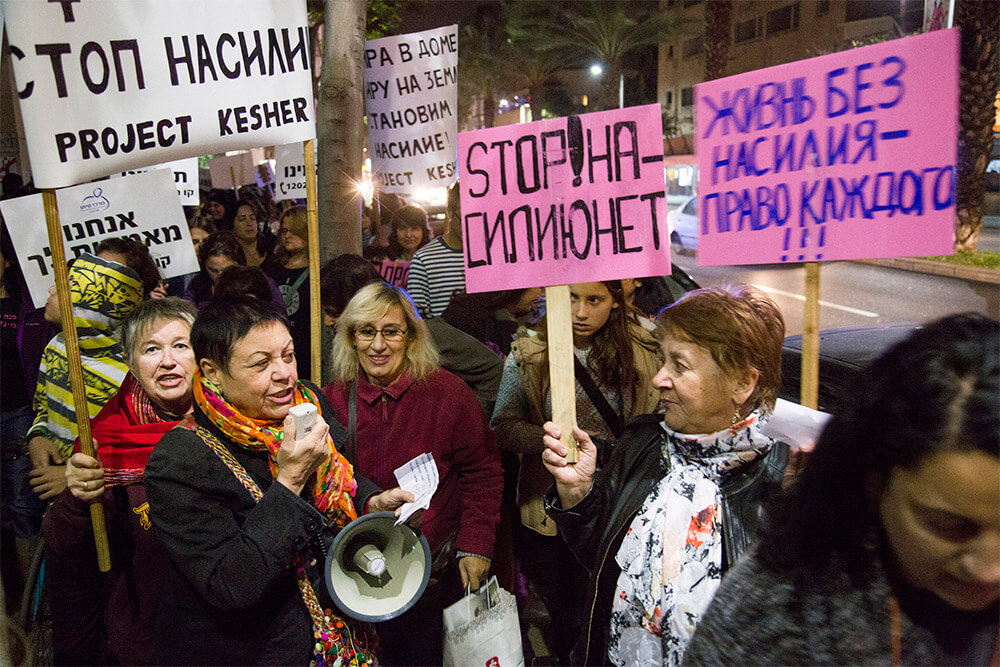 For example, NGO Monitor, which began as a project of the Jerusalem Center for Public Affairs, was established in the early 2000s but expanded significantly (as far as budget and impact) only after 2009. Today its focus is engaging in hasbara (Israeli government public relations) in European countries and the US against the foreign funding of Israeli human rights groups. This is done by targeting international foundation and churches, pressuring them to stop their support for Human Rights organizations in Israel.

Organizations like the New Israel Fund have been central targets in the delegitimization campaign, including personal attacks on former president Naomi Chazan by the group Im Tirtzu.

Various rightwing groups and the governing coalition in Israel emphasize the funding sources, making it appear as if human rights organizations are not transparent.  However, all of them frequently submit reports regarding their donations and objectives, as required by law.

In 2015 and 2016, actions against the organizations Ta’ayush, Rabbis for Human Rights, B’tselem and Breaking the Silence were especially prevalent. They became targets of a campaign of delegitimization, among other things due to a report aired on the news show “Uvda,” which was orchestrated by the rightwing organization Ad Kan. The show displayed Ta’ayush activist Ezra Nawi and B’tselem researcher Nasser Nawaja as having allegedly been involved in hurting a Palestinian land trader (even though there has been no evidence provided). Other organizations were attacked on the basis of their cooperation with Ta’ayush. Breaking the Silence is at the center of a campaign that included persecution of its staff, attempts to cancel events, trying to cut off donations and publications designed to undermine the organization’s credibility. These efforts against Breaking the Silence and other organizations continues daily.